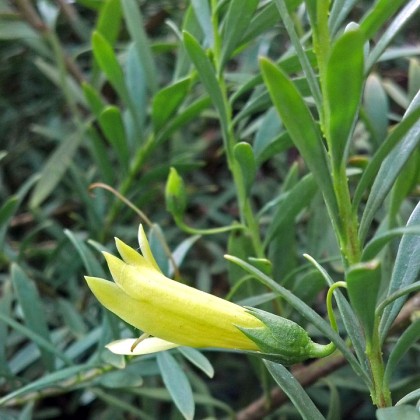 These are generally a very leafy shrub in the 4 to 6 ft. range, height and width. They’re hardy to the mid-20s. They get covered in the bell-shaped yellow flowers in the spring, but will bloom year-round.

Generally we like full sun close to the coast, but further inland it can handle a lot of shade.

So here’s the deal. It’s not the prettiest plant around – after all what do you expect from a plant call Emu? But it’s very hardy and drought-tolerant and heat-tolerant and flexible for sun conditions and it blooms year-round too. So it turns out its a pretty good plant after all.