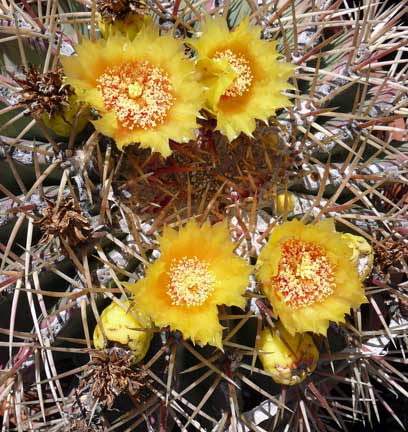 Found in the gravelly hillside washes of Arizona, these will grow to  a beautiful 4 to 5 feet tall, eventually.

The emoryi species name was first published for this cactus 150 years ago, but originally considered to be part of the Echinocactus genus. I don’t know why; those flowers are indubitably Ferocactus-ian (Ferocactus-esque?).

Apparently in Mexico it’s one of the barrels known as Bisnaga, or more specifically Biznaga-barril de Emory.