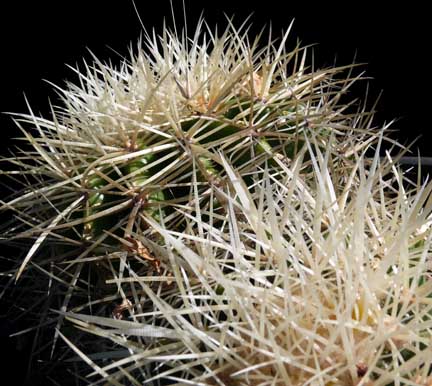 We have a few larger specimens of the white-spined version of the classic golden barrel. We call it Echinocactus grusonii “White Ghost”. Some prefer to call it c.v. alba or even v. albispinus! Those people are ridiculous.

The golden-spined species is probably the most commonly propagated species of all time. But did you know that its native habitat in Queretaro, Mexico has been nearly eliminated by the construction of a dam?