Peggy called and needed to transplant the cacti she had bought from us, but she now lives elsewhere so we talked her through the process and pictures ensued.

Hi
We purchased an Oreocereus trolli in 2009. We since moved to Los Angeles and cacti out grew its container and spawned three-four new growths. I called a month or so ago and spoke to someone about transplanting it. I was able to transfer it this morning, I promised to send photos.

Here’s what it looked like before the repotting. Nice! 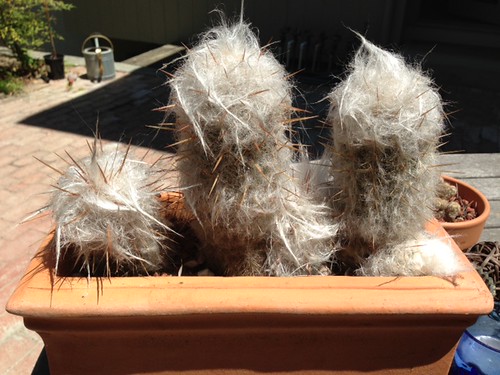 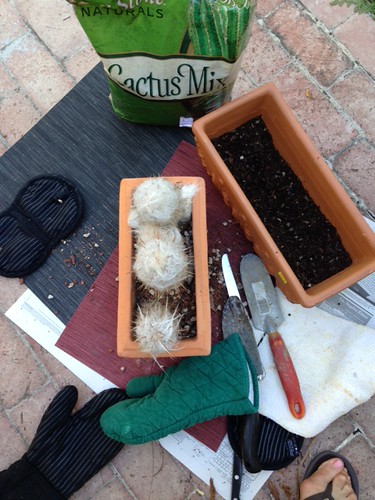 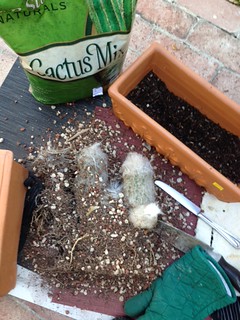 And the final result…. After the break…. 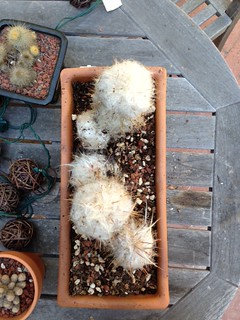