From Scientific American we get a Mexican Bromeliadt, only recently described! 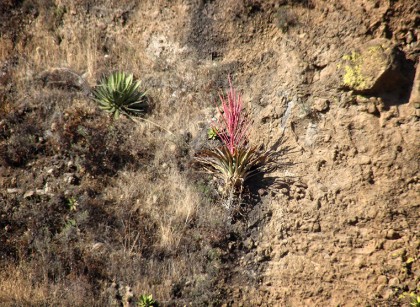 Tillandsia religiosa, a solitary flowering plant with rose-colored spikes and flat green leaves, grows in rocky terrain in Morelos, Mexico. T. religiosa has long been known to native people of the region, who incorporated it into nacimientos (altar scenes depicting the birth of Christ) at Christmas. Yet scientists have only recently described it.

Photograph by A. Espejo