But mostly cactus blooms. Come and relive the magic with me as we count down the Top Ten Cactus and Succulent Blooms (that I was able to photograph at the nursery) for 2009.

Not making the Top Ten, but still making this post, are extra bonus flowers!

Lewisia cotyledon in a shocking development did not make the Top Ten this year! Oh no! 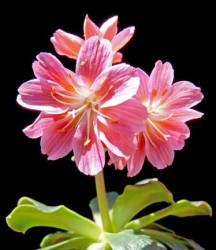 Schlumbergera orssichiana aka Christmas Cactus – a very reliable bloomer in many happy colors. 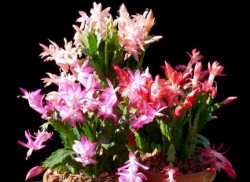 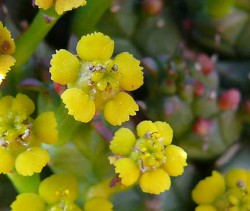 Ferocactus tiburonensis – a classic striped barrel cactus bloom, and yet… 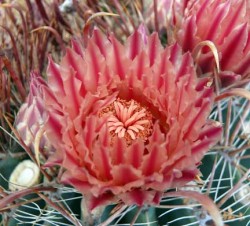 You’d think with all those runner-ups, I’d have just made a Top Twenty list but that would be wrong. And now, onto the Top Ten! I’m so excited… 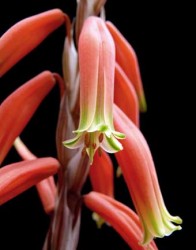 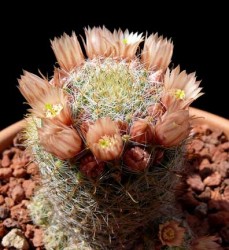 8. Neoregelia rubra – this made the Top Ten Bromeliad list too! Wow! 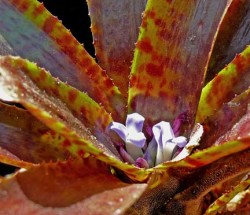 7. Eriosyce esmereldana – look at the extent of that cephalium! Now that’s a mature cactus. 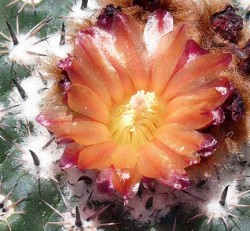 6. Opuntia violacea is a very reliable bloomer, as are all opuntias. But this one has extra colors. Extra Colors! 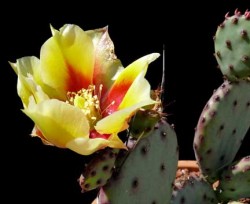 5. Clusia orthoneura or the “Porcelain Flower” which it is indeed. 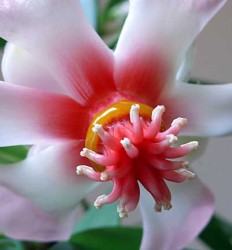 4a. Kalanchoe fedtschenkoi – some of the other Kalanchoes are better known for their blooms, but this one is the best of 2009. 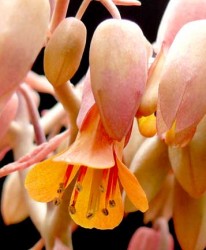 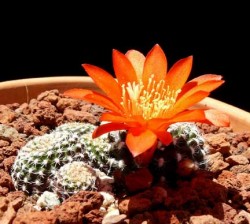 3. Parodia ottonis is another small cactus with spectacular flowers. I don’t think you would disagree. Last year the P. crassigibba won out, and really gave it a run for it’s money this year, but there was no loss of certainty in this choice. 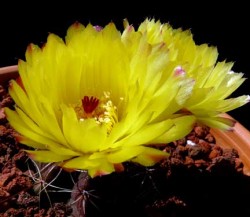 2. Echinocereus grandiflora Hybrid (Echinocereus x Echinopsis) I chose a pink flower for this, but the yellow is pretty damn nice too, so here’s both. 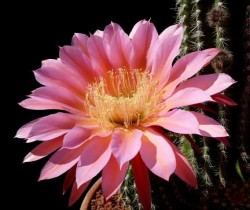 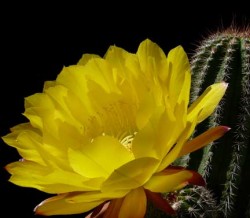 1. Echinopsis subdenudata – this is the perennial winner, I mean, what can you do, like look at it! Holy moly it’s too much to bear. I’m blinded by it’s magnificence. 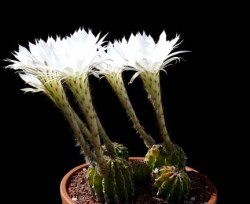 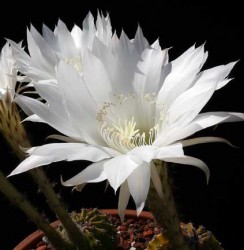