The Science of Botanical Naming Conventions 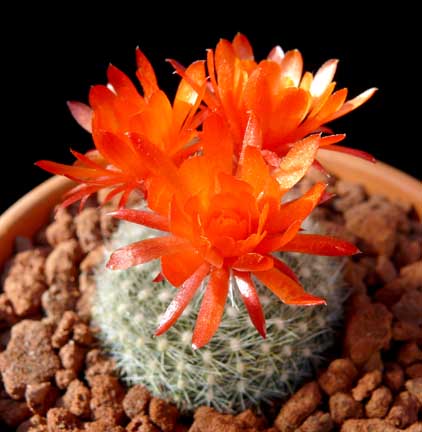 Rebutias were named for Monsieur Rebut. He was a vintner in France, of course, and he also sold cactus on the side. So his friend, a certain Karl Schumann, in 1895 named this genus of small South American globular cacti after Monsieur Rebut. But something happened in their relationship and a few years later he moved these lovely blooming little plants into the larger genus of Echinocactus.

However, they are so bloomful that the popular culture just wouldn’t accept this lowering of the Rebutia into Echinocactus, and so on a fine spring day in 1923 the famed naturalist Spegazzini reclassified them back into their own genus.

This particular species from Argentina will form clusters of these 1″ diameter white blobs.