Three pretty Sedums for your enjoyment. Sedums are also known as Stonecrops and are found around the world. North America, South America, Asia and Europe. I don’t know about Africa, and probably not Antartica, though they are native to Alaska in the Southeast portion of the state.

These are not Hylotelephium-type Sedums. But they are 3 different subtypes nontheless. 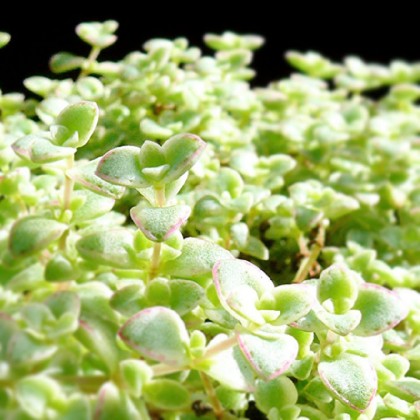 First up is Sedum “Little Missy” which is a small rosette with flat leaves. This attractive groundcover is prolific and wqill get quite red in the sunshine. 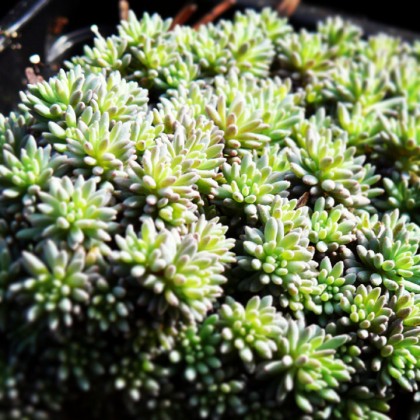 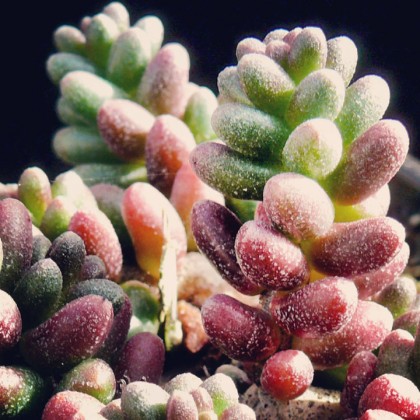 Sedum furfuraceum is one of the thick leaved sedums, quite rounded and pleasantly colorfulized.