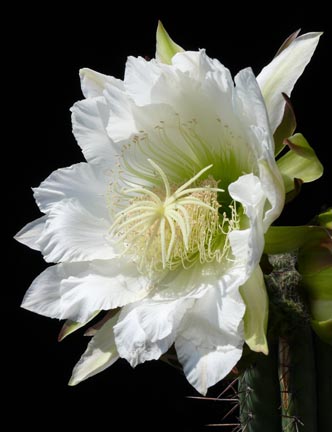 Continuing my outsourced blogging from earlier today, from wikipedia:

Some uses for Echinopsis peruviana include:[1]

Good to know. And still there’s more, on the ethnobotanical qualities of the plant:

It contains a number of psychoactive alkaloids, in particular the well-studied chemical mescaline, which it sometimes contains at higher levels than those of Echinopsis pachanoi (San Pedro cactus), although not as high as Lophophora williamsii (Peyote).