People often ask us what a rhizome is. Usually they’re talking about running bamboos, but the subject comes up for other plants too. Here’s one. 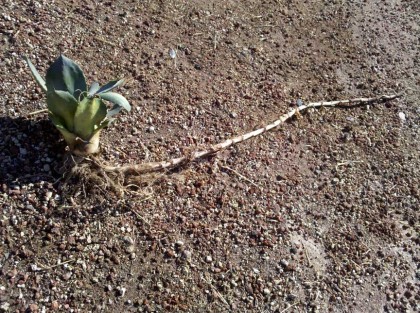 I don’t often get such a clear photo of a rhizome since they’re an underground structure, and when you dig a plant up the longer rhizomes usually get cut off. But this one shows you the plant, the roots, and the very different looking rhizome that was off on a traveling rampage through the underground precincts.

So here we go with some botanical information for you. A rhizome is not a root. From the Botanical Dictionary it’s,

OK then. So what have learned so far? It’s the same as an above ground stem and can grow roots and shoots and new stems and all the other good stuff.

Here’s a diagram of a bamboo rhizome. 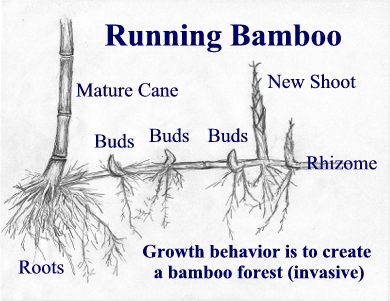