As a followup to our series of stories on Thursday about the ever-fascinating Agave plant, now comes this hopeful story about using Agaves for more than just tequila – it’s a source of renewable energy. Of course, it might force a rise in the price of tequila, which is probably less of a disaster on the world market than the rise in corn prices because of ethanol subsidies. Anyway…

With a history that stretches well back into pre-Columbian times, certain varieties of the Agave family are beginning to capture the attention of investors and researchers interested in indigenous plants and trees in countries around the world that are not used to produce food and have attributes that make them prospective sources of ethanol. 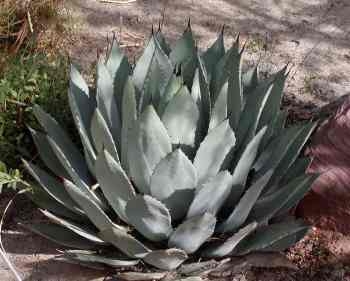 “Agave can bring in the new era of bio-economics giving the world enough clean energy for a peaceful and secure world.”

This is all very good news.