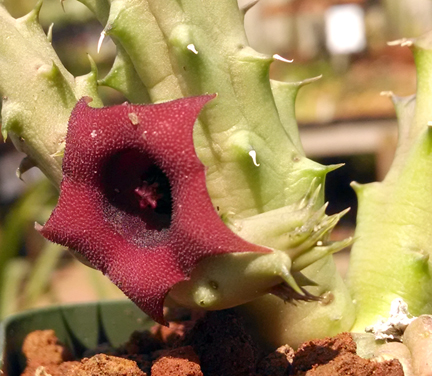 So to recap, Carrion Flower, Stapeliad, Dragon Flower. But not in the Stapeliad Family as once thought and not in the Asclepiad Family as once thought since Stapeliads were moved as a tribe to Asclepiads which were moved as a subfamily to the Dogbane Family which got a lot bigger, and this recap failed in being a recap and ended being more of a restatement of the facts as they appear.

And what does the rest of the plant look like? Here is a picture of the unflowered stems. 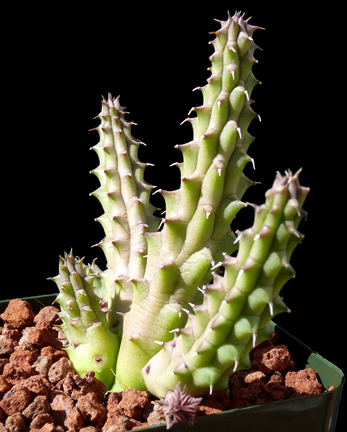