I’m having an awful time with mildew (or some similar fuzzy gray fungus) on Euphorbias in my house, one room in particular.[1] I tried neem oil, but that just makes everything defoliate. Then I tried spraying with basic copper sulfate (it was the cheapest and least toxic thing I could find at the garden center), but that has no effect. So I’m looking for something not found in nature, ideally something that’s illegal in multiple countries. Bonus points if it’s a yellow-green liquid that produces its own dry ice fog. Can you recommend anything? 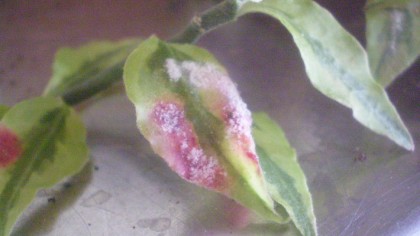 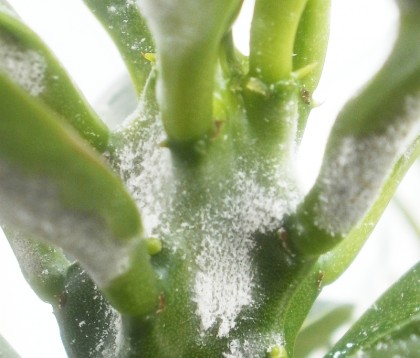 mr_s,
We have the same ongoing problem with Euphorbia milii, various Pedilanthus and Synadeniums and a few others. It is an ongoing battle with organic fungicides. We do use a product called “Mildew Cure” from JH Biotech, although it is also as natural as neem, but it works better on Euphorbias in our experience. Hydrogen peroxide might work. I don’t know of any systemic fungicides to recommend, but if you want something not listed for this use try a sulfur smudge stick used for seasoning wine barrels, and you light them.
Peter