The Conservatory of Flowers in Golden Gate Park has a lot of Nepenthes hanging around, doing their Pitcher Plant thing. In contrast to the orchids, the Nepenthes are not well labeled, so I don’t know what species most of these are. Except for the one fancy fanged Pitcher Plant… 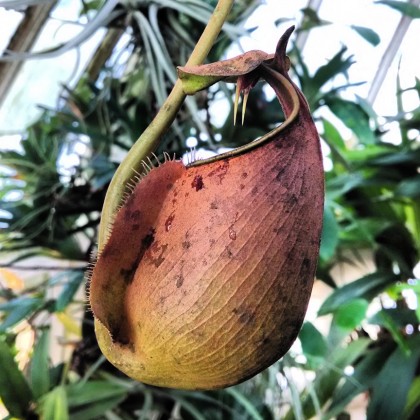 “Nepenthes bicalcarata, also known as the fanged pitcher-plant, is found only in Borneo. The purpose of the fangs has long been debated among botanists. They have been thought to deter mammals from reaching in and stealing the contents of the pitcher, though the more intelligent mammals like monkeys have been observed tearing open the side of the pitcher to get to drowned insects. Other botanists suggest that the fangs, which secrete nectar, serve to lure insects into a precarious position over the pitcher mouth, where they may lose their footing and fall into the pitcher fluid, eventually drowning and becoming food for the plant.” via SF Conservatory of Flowers QR Code.

The rest of these are not quite as spectacular, being without two perfect fangs, but they are amazing, even if the Conservatory did not see fit to name them. 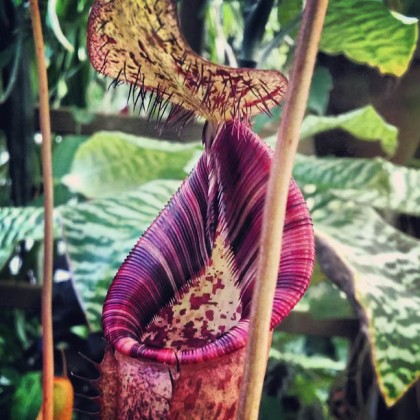 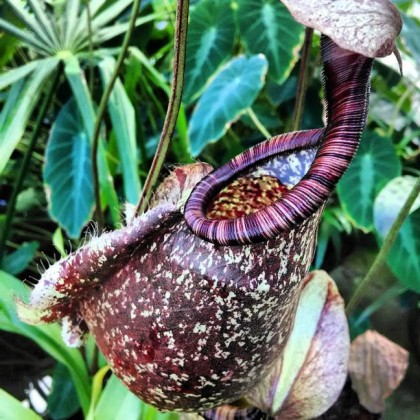 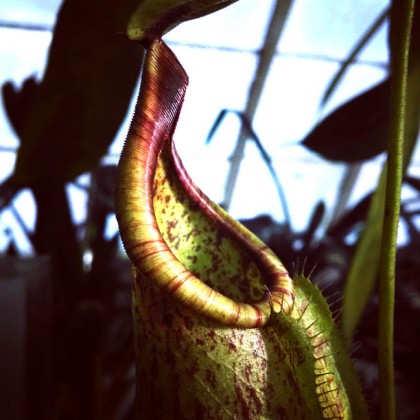 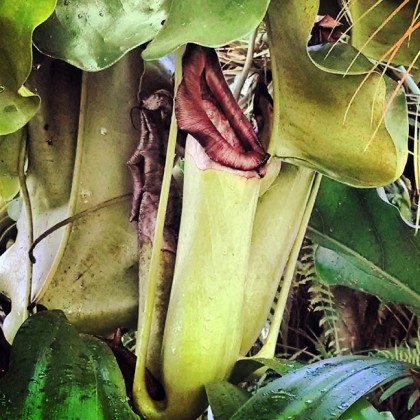