Here we have an attempt at a photographic study of the natural color variation of the flowers for the small cactus Echinopsis chamaecereus, also known as the peanut cactus. The stems also vary quite a bit, but that’s for another day.

I know a lot of cactus growers maintain stocks of named varieties of this plant and some call it other species entirely. But you know, I like this for its natural variation, and insist that it is all one plant.

On the other hand, the photographing of the shift from orange to red in these 3 photos was a tough order, so maybe you can’t even tell what I’m talking about. So on to the pictures! 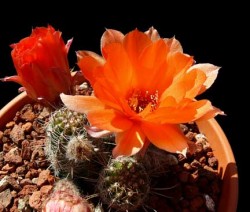 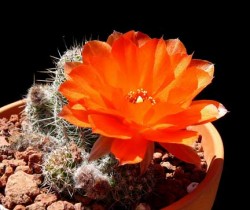 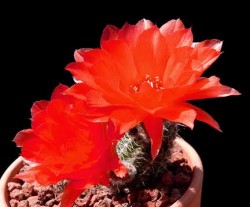