Palomar College has a Cactus Garden!

In case you didn’t know, Palomar College in San Marcos (CA) near Oceanside, also known as North of San Diego, has a cactus garden, and it’s well tended by a volunteer. Also, the local newspaper there is called the Telescope. 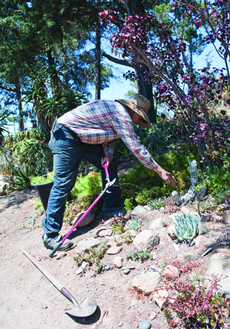 Media Credit: Deb Hellman
One of the flowering cactuses in the college’s extensive cactus and succulent collection tended by Richard Henderson year round.