Paintings on the Hills

Since we’re going to be having some big storm fronts moving in over the next day/weeks I thought I would feature this spectacular photo of the Painted Hills in Oregon under a rainbow. 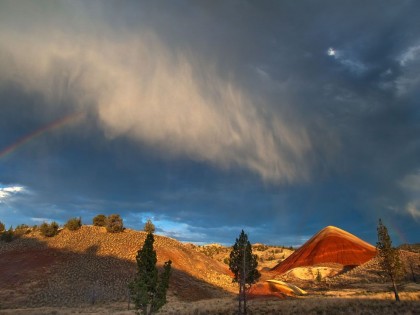 Taken at the Painted Hills National Monument in Central Oregon near sunset. Having been here numerous times before in the summer months, seeing a rainbow on a 100-degree day was the last thing I expected … usually the skies are clear on hot days.