Here’s a garden we designed and installed last year in the North Bay Area town of Crockett. They sent us new photos; it’s done well through the winter! 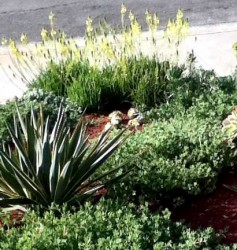 A prominent Yucca, a sidewalk Bulbine with hordes of yellow flowers. 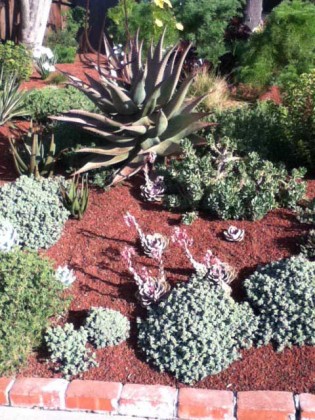 Large Aloe ferox, kind of like the central focus of the garden. Oscularia starting to spread, and Echeverias in bloom. Some smaller Aloe cryptopodas too. 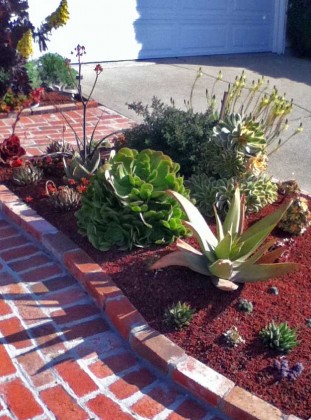 Nice bricks. Aloe striata, Aeonium subplanum, and I think that’s Aeonium luteovariegatum in back, in front of another stand of blooming Bulbine. 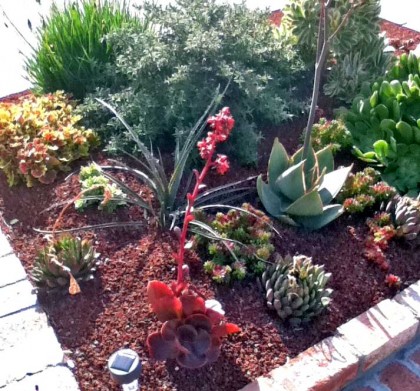