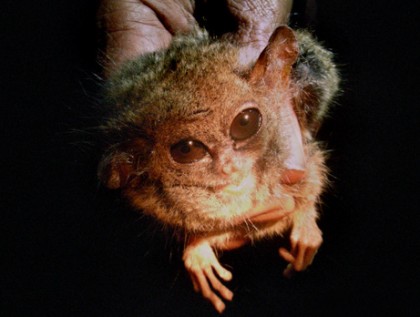 It may look like a gremlin, but this tiny animal is actually a pygmy tarsier, recently rediscovered in the forests of Indonesia.

“There have been dozens of expeditions looking for them—all unsuccessful. I needed to go and try to see for myself if they were really there or if they were really extinct,” added Gursky-Doyen, whose research was funded in part by the National Geographic Society’s Conservation Trust.