Nevada Barrel Cactus on the Go

The Las Vegas Review Journal has an article about growing barrel cacti in the Nevada desert. I’ve extracted a photo essay from it, with my comments, for your fun and games. Click through to see the rest of the article. 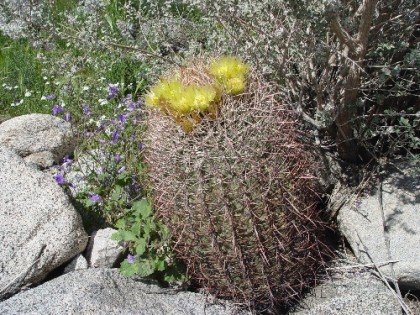 Barrel cactuses are protected from certain birds and wildlife by their sharp thorns.

OK, that seems reasonable. I don’t really have a comment to put here, so instead I will use the classic writer’s “trick” of typing out some kind of gibberish that the editor will fix in preproduction. 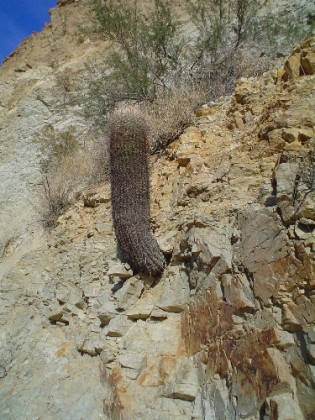 This old barrel cactus survives with deep roots anchoring it into the fissures of a cliff.

That is amazingly tall for a cactus growing in a fissure on a cliff. I know because I grew up on a cliff face. If we had one that size, and I would estimate it is about 5ft. tall, we would charge $2k for it. But, as it were, we don’t dig up plants from the wild, and we don’t have any 60 year old barrel cacti at the nursery. Or so you would think. But actually we do. We have a giant clump of Echinocactus grusonii that is at least 60 years old that we rescued from a heritage garden in San Jose a few years back. And we have a price tag on it that is a bit higher than my supposed $2k. 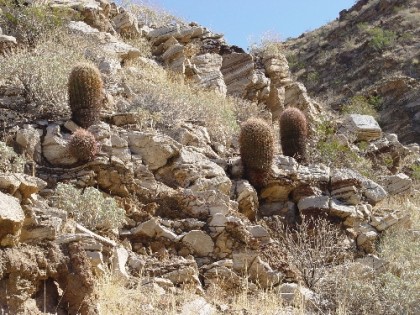 When barrel cactuses thrive in groups like this, conditions are ideal for reproduction.
SHNS PHOTOS COURTESY MAUREEN GILMER

(She’s talking about sex among the barrel cactus….)