Yesterday we looked into some varied subspecies and cultivars of the A. arboreum. Today we look at a very confusing distinction between 2 very similar plants. 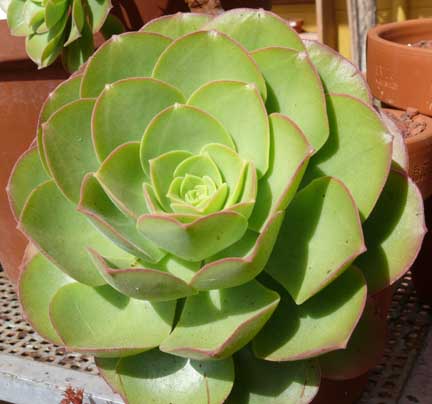 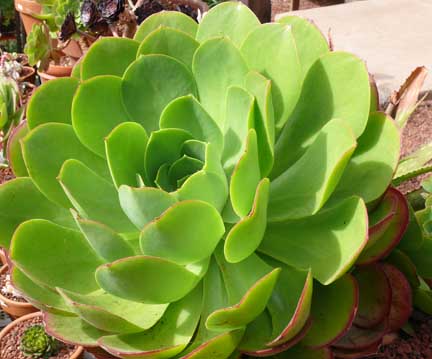 Some say these are the same plant, synonyms even. Others claim one is a subspecies of the other. I don’t know. What I do know is they are both large, low growing, green aeoniums, with pink-tipped leaf margins in full sun. However the plant we are calling canariense is taller, while the subplanum is broader (the photos make them look the same size, but the subplanum is actually twice as big across). Also the canariense leaves are fuzzier while the subplanum leaves are glossier. And the pink tinges on the 2 are slightly different colors.