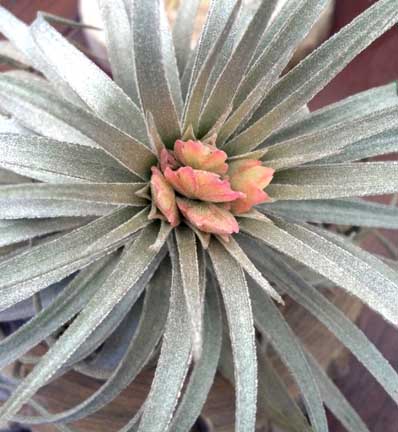 Our latest addition to our airplant collection is the beautiful and expensive Tillandsia mauryana. I wonder who this Maury was that this species was named after? The species is from Mexico and was discovered, and thus named, by L.B. Smith. Maybe it was named after L.B.’s father? Maury Smith?

Here’s a link to an official sample by L.B. Smith from 1937 in the collection of the National Herbarium of the United States National Museum.