In the new black-and-white image, Curiosity’s Gale Crater landing site bears a striking resemblance to the desert landscape a hundred miles or so east of NASA’s Jet Propulsion Laboratory in Pasadena, Calif., where the rover was built, scientists said. 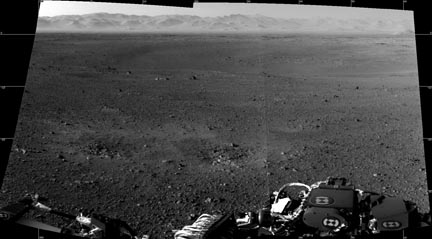 “To a certain extent, the first impression that you get is how Earthlike this seems, looking at that landscape,” Curiosity chief scientist John Grotzinger, of Caltech in Pasadena, told reporters.

Indeed. If you zoom in on the photo a little closer… 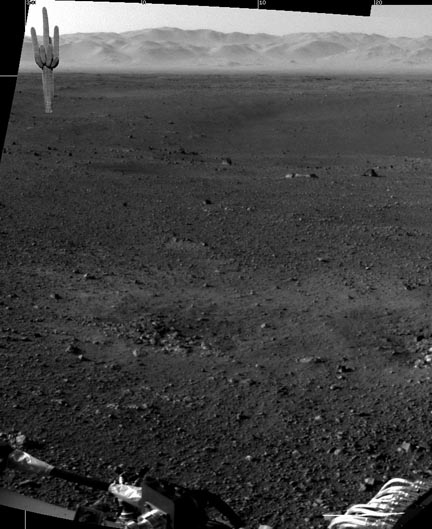 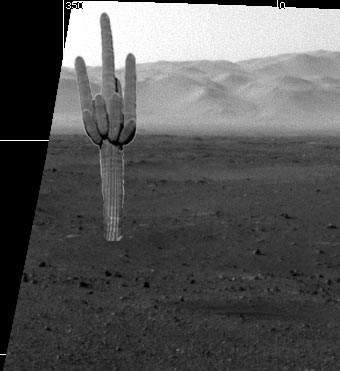