It’s that time of year again, in Marin. Time for the Marin County Fair, through Sunday.

The Marin Independent has this preview for you. 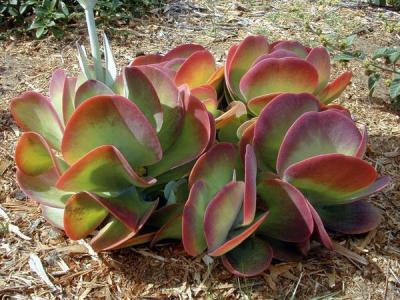 Flippin Flapjacks (Kalanchoe thyrsiflora) are among the succulents in the Dr. Seuss Garden at the Marin County Fair. (Provided by Forest and Kim Starr)

Coreopsis gigantea a large treelike shrub whose clusters of large, yellow flower heads have been called ‘daisies on steroids.’ (Provided by Stan Stebs)

That’s a very strange photo of the coreopsis to use, what with the caption talking about the large daisy flowers and the picture showing all the dead blooms. Someone should deadhead them. But we do like us some C. gigantea, the California native version of the common midwestern perennial. It’s originally from the Channel Islands, but has spread along the Southern California coast. It’s a good choice for a “Dr. Seuss Garden” since everyone around here calls it the Dr. Seuss plant.