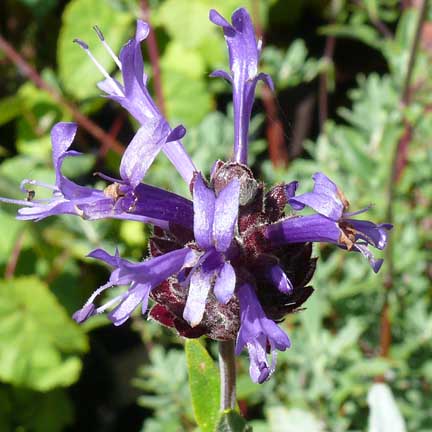 Aromatic grey green leaves are topped with whorls of lavender blooms. The shrub will get to about 3 ft., and not an inch more.

It’s history is all Bay Area. First found in a Strybing Arboretum sale, later found growing in a Berkeley garden, and introduced into the nursery trade in 1990. This is considered by many to be a hybrid, unlike other more common varieties like “Allen Chickering”. On the other hand, “Allen Chickering” smells delicious.