Inventions; Cactus Related and Other

It’s official – the US has granted a patent to a prickly pear cactus hangover remedy.

Now, that doesn’t mean it’s official that it works, or that prickly pear juice straight up will work either, or that anything works. Only that it’s been patented. For instance…. 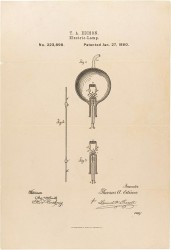 Now, if I had patented my inventions over the years….

I came up with the small 4″ desktop TV set when I was 8 years old. I dreamed it and woke up all excited and went over to my desk to turn it on, and it wasn’t there. I was very disappointed. I also invented the pop-out car radio, including just the face-plate versions, rather than the original entire radio coming out.