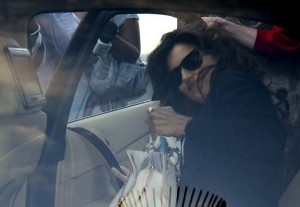 Filming on the island is expected to last for more than two weeks.
Penélope Cruz is already in Lanzarote at the orders of Pedro Almodóvar as filming starts for the new film ‘Los Abrazos Rotos’.

The famous Guatiza Cactus Garden was chosen by the director for some shots taken yesterday, and part of the filming was carried out by helicopter and comes at the start of what will be more than two weeks filming on the Canary Island.

I remember the first Almodóvar film I saw, Tie Me Up Tie Me Down!, ah good times. I also liked All About My Mother. It really was. All about my mother, that is. What a lame joke. But that’s only because it’s hard to adequately describe an Almodóvar experience. In fact, I think I’ll add Tie Me Up Tie Me Down! to my netflix list, as I haven’t seen it in years.