From National Geographic’s Photo of the Day 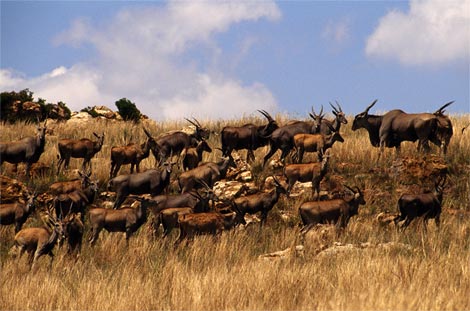 The rich foliage, roots, and bulbs on the slopes of South Africa’s Drakensberg Range attract a wide variety of mammals, including eland, the world’s largest antelope species. Logging, overgrazing, and soil erosion, however, threaten this critical African habitat.

What plants are there in the Drakensberg Range? Read on… 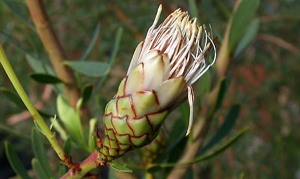 Protea nubigena is found nowhere on earth except on a high ridge in the Royal Natal section of the Drakensberg (Photo: Ruhr University).

As rare and beautiful as that is, that’s not the reason I brought you on this tour of the Drakensberg.

The uKhahlamba-Drakensberg Park is also a monument to the San hunter-gatherers, who lived there from the Stone Age until the late 19th century – a 4 000-year occupation.

Amazing. But what about the plants? Because, I heard the Drakensberg was all about the Aloes.

Some of Africa’s oldest centres of plant endemism are associated with the Drakensberg Mountains. While the number of plant species solely restricted to the high Drakensberg is unknown, within the KwaZulu-Natal region of the Drakensberg, 1,750 vascular plant species have been recorded…. The spiral aloe (Aloe polyphylia), a spectacular endemic plant of Lesotho, is found only above 2,000 m.

Ahhh, now we get to the crux of the matter. Everyone loves the spiral aloe.

Here we have a picture of the aloe in nature: 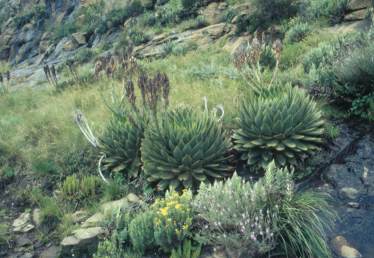 And here’s a spectacular view of one in a garden: 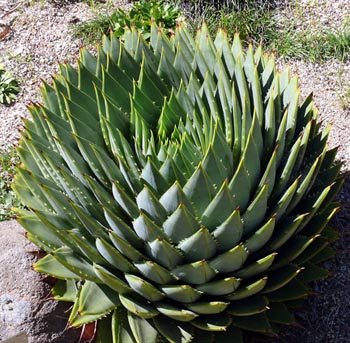 This one is at the Berkeley Botanic Gardens. Photo credit is me.