Cactus at the grocery store? Now new and improved.

The cactus pear is the Rodney Dangerfield of the fruit world, beloved by immigrants from parts of Latin America and the Mediterranean basin but largely ignored by most consumers in the United States. 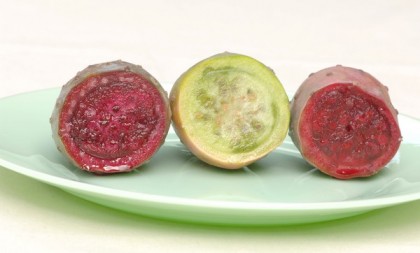 That may be changing, however, as the leading domestic cactus pear producer, Salinas-based D’Arrigo Bros., has introduced four new, greatly improved varieties — orange, red, purple and green — that are firmer, sweeter and juicier than the traditional variety it has marketed for the last 80 years.

The old style was pretty tasty; I don’t know about a new sweeter variety. Count me skeptical.