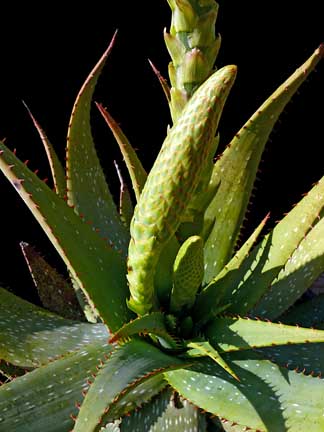 And here we see the blooms are open and the giant thick bloom stalk is fascinating too. 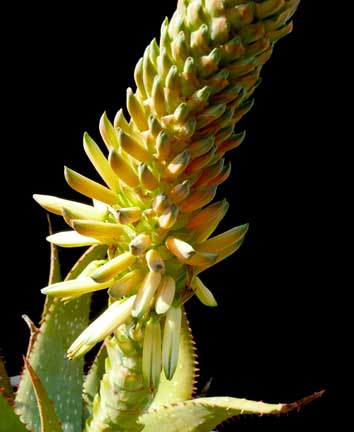 It’s from the Northern Cape of South Africa and is high enough in altitude that it sometimes gets frost, so we are golden here in the Bay Area where we also sometimes get frost.

The Gariep River is more commonly known as the Orange River and is the longest river in South Africa.

While found near the river, this particular aloe is from the drier regions, above the river.