National Geographic claims that a recent study shows that dogs get jealous.

The first scientific study to find envy in non-primates affirms what many already know: dogs can get jealous.

Yeah, whatever, we see it all the time.

Anyway, this particular study doesn’t seem to show any such thing anyway.

The team had one dog watch another dog receive a reward for doing a trick. When the watching dog performed the same trick and was not rewarded, that dog refused to do the trick again, Range said.

But that’s not jealousy, that’s Justice. Dogs have a sense of justice! Just goes to show that justice is a requisite for social species. Even for dogs.

Here, have a picture of Benjamin. 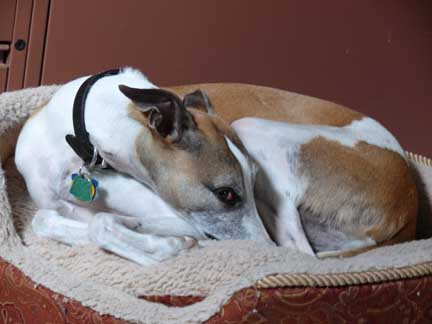