From Whippet History Reference we get a picture of a plate in an 18th century French book of plates of whippets and such. 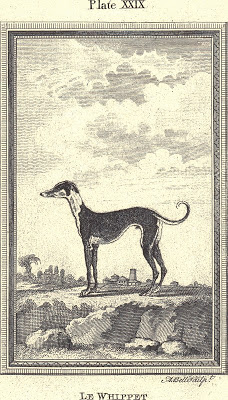