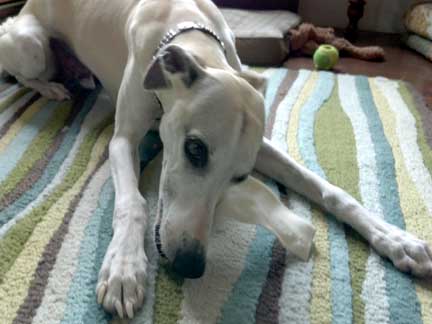 Did I mention that we have whippets? They love to chew on rawhide bones, of course. Who doesn’t?

Sometimes Jason won’t finish his bone and then he’ll try to hide it from Benjamin, who has finished his bone. Whippets are smart though. Benjamin will try to trick Jason into leaving the bone behind. But Jason will figure it out after a few times and then Banjamin will have to come up with a new trick to get Jason’s bone.

Hap won’t let them have the flavored rawhide bones since they leave stains behind. Seems smart.

Their favorite bones of all, though, are the pizza bones.