The National Geographic gets in the holiday spirit with their photo of the day. 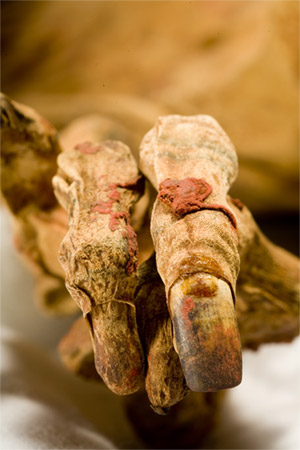 A close-up shows the desiccated hand of a remarkably preserved woman from Peru’s ancient Moche culture. The discovery of her elaborately wrapped remains at a ceremonial site called El Brujo puzzled archaeologists, who were surprised by what appeared to be a female ruler among the male-dominated Moche.