There was a cactus winner in the competition at Sarabha Nagar gurdwara.

It’s in The Times of India, Ludhiana edition, so we can assume that this competition was in India.

Those who put their plants up for display were very excited too. ”I grow only cactus so I participated in the competition for cacti and succulents in pots. It was great and I won four first prizes in different categories,” said Didar Singh, a senior citizen staying in Haibowal.

I don’t have a picture of the cactus winner, but here’s a picture of the neighborhood, Sarabha Nagar gurdwara, which may be in the Ludhiana district of the State of Punjab. Anyone want to correct my geography? 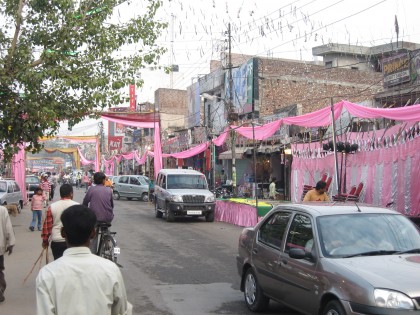 Regardless of where it was, congratulations to Didar Singh for winning the cactus and succulent portion of the competition.