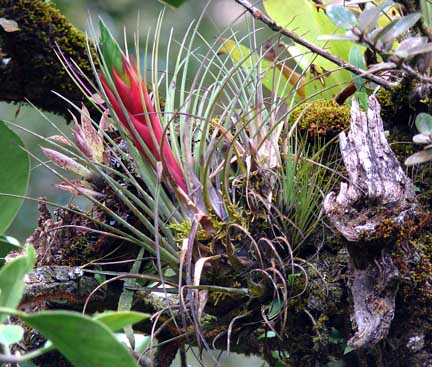 Colorful isn’t it? It’s a Tillandsia. Actually, there’s more than one, but only one is blooming. There are so many tillandsia species in Central America that it would take a tillandsia expert to be able to identify them.

Don’t you wish we could have collected some from the wild and brought them back to Berkeley and propagated them and then offered them to the public? That’s what used to happen out in the world not that long ago, but no more.