Endangered Species May Get Protection After All

It’s been a decade since the Center for Biological Diversity petitioned to have this cactus listed. 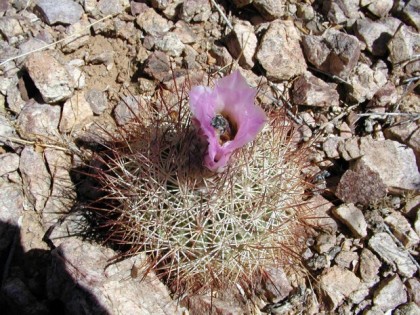 A small, little-known cactus found in Organ Pipe National Monument west of Tucson faces a “high and immediate” threat of extinction, says the U.S. Fish and Wildlife Service in proposing to protect it as an endangered species.

The Acuña cactus, topping out at about a foot high, is declining fast, having dropped in numbers by more than 50 percent since 1981, the service said….

The service also proposes to designate 53,720 acres, including 29,500 acres of federal land and 14,266 acres of state land, as critical habitat for the Acuña cactus.

That is one very cute little endangered cactus. Cuteness is not the only factor the government considers when reviewing petitions for listing of species, but it doesn’t hurt.