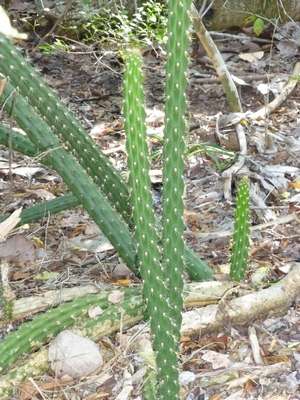 On Nov. 25, a seldom-seen Southwest Florida cactus species will be listed as endangered by the U.S. Fish and Wildlife Service…

“It was probably never super-abundant,” wildlife service botanist David Bender said. “Of the populations known historically, they’ve declined from numbers in the hundreds to double or single digits.”

The cactus, by the way, is the Harrisia aboriginum