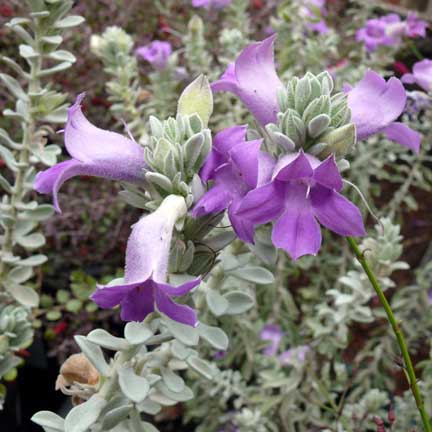 It’s the Blue Emu Bush. With a name like that I assume it’s from Australia. I wonder if Emus really like to eat it? It’s a generally erect shrub only 2 ft. tall or so. A lot of Eremophilas have been used by the aboriginals in Australia for their medicinal uses. I wonder if this one has medicinal uses? It should be pretty cold hardy. 20F? 25F?

You’d think being a garden blogger of a sort I would have these answers for you, but really all I know about this plant I’ve copied from other websites; it’s new to me. Like this picture of an emu with chicks from a site in Africa selling emu chicks. 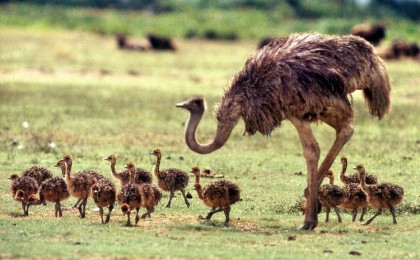 Just in case you might have been concerned about the potential for invasive behavior, Eremophilas set fertile seed infrequently, and this seed is notoriously difficult to germinate, thus they are unlikely to ever become weeds.

How about you, do you know anything about the Emu Bush you’d like to share with us?