It’s green, it’s made in batches small enough that they dry the strips of cactus on the dashboard of their truck, and it’s entirely Carribean. 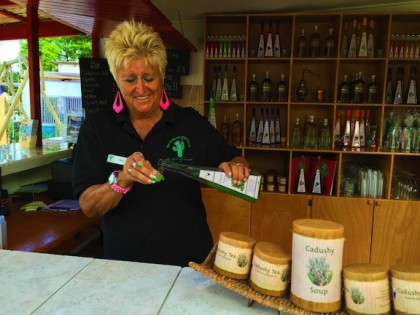 But I’m here at Cadushy of Bonaire, where they make a liqueur of the same name from the Dutch Caribbean island’s Kadushi cactus, to remedy that situation.

And just what is this Kadushi Cactus of Bonaire? It’s the Cereus repandus which can get over 30 feet tall and has many delicious edible fruit that apparently you can distill which are known as Cactus Apples, as well as Cadushi.