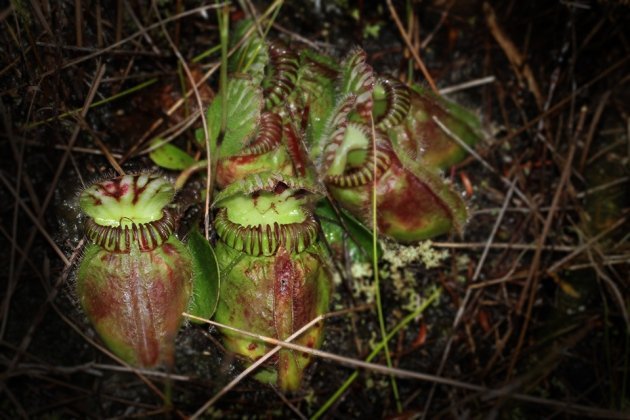 Nature has the story.

(B)y studying the pitcher plant’s genome — and comparing its insect-eating fluids to those of other carnivorous plants — researchers have found that meat-eating plants the world over have hit on the same deadly molecular recipe, even though they are separated by millions of years of evolution.

“We’re really looking at a classic case of convergent evolution,” says Victor Albert, a plant-genome scientist at the University of Buffalo, New York, who co-led the study…

(C)arnivory has evolved repeatedly in plants, probably to cope with the nutrient-scarce soils in which they grow, Albert says. “What they’re trying to do is capture nitrogen and phosphorus from their prey.”…

(T)he new study is important because it demonstrates how this convergence can occur down to the molecular level, …says Aaron Ellison, an ecologist at Harvard Forest in Petersham, Massachusetts….

Gaining the ability to eat an insect is of little use if a plant cannot first entrap one, and here evolution has come up with more diverse solutions, Albert notes.