The Ceanothuses are in bloom. 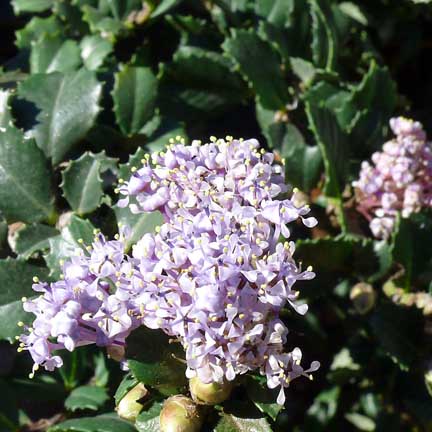 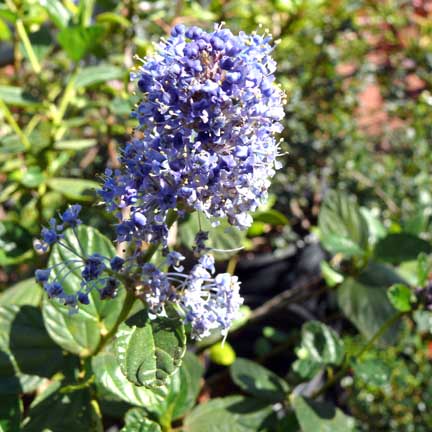 Those were C. “Anchor Bay” and C. Owlswood Blue” but then you already knew that.

If you look past the flowers you’ll notice that the first one is a “holly-leafed” ceanothus which means it’s deer-resistant. (Rabbit resistant too, but then you already knew that.) While the 2nd one has delicious juicy leaves.

One of these is hardy down to 15F. Can you guess which one? OK, that was a trick question. They’re both hardy to 15F!

OK, then, let’s try this one. One of them is from Marin County, just north of us. And the other one is from Pt. Reyes, the coastal national park in Marin County. Hah! C. “Anchor Bay” is known as the Pt. Reyes Ceanothus and thus is from the Pacific side of Marin while the C. “Owlswood Blue” was discovered on the Owlswood Ranch near Larkspur, which is on the Bay side of Marin!

I’ll bet many of you didn’t even know that Marin was essentially a Peninsula between the ocean and the bay, just like San Francisco. SF and the area south to San Jose is also known as the “Peninsula” whereas the Marin area is known as the “North Bay”.