That’s one heck of a nonsense headline, and yet it is correct. Read on… 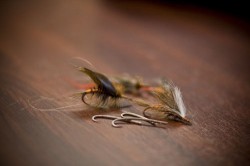 Here’s another shot, with fisherman.