They held a race and called it the Cactus Derby. It was a derby insofar as it was an off-road car race, interstate paved roads being somewhat rare. And cactus as it was a race through the desert from LA to Phoenix, which couldn’t have been a very big city back then. 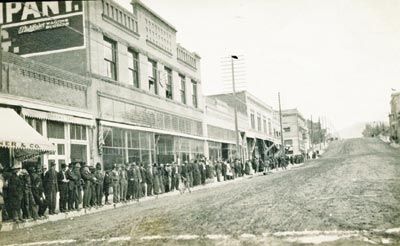 Avid racing fans line up along West Gurley Street anxiously awaiting a glimpse of the first racer into Prescott on Nov. 11, 1914.

You can read more about it here, in Part 1. More to come.