From the Green Valley News Tribune Record and Sun comes news of a broken Saguaro. It seems to have been hit by a  car, but probably after it fell. If it fell on a car then the picture would still have the car under the Saguaro. 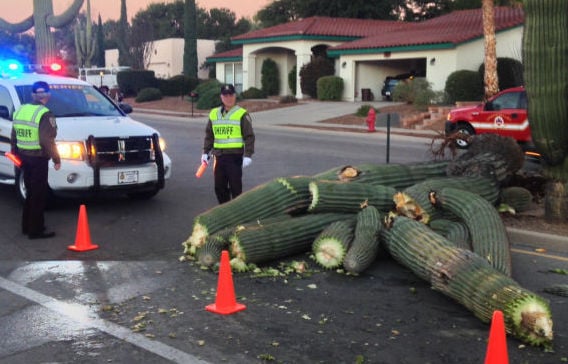 Pima County Sheriff’s Auxiliary members wait for a cleanup crew to show up in the 1200 block of North Abrego Drive about 7 a.m. Tuesday, in the Country Club of Green Valley. A saguaro fell into the road and apparently was hit by a car sometime in the night, according to the Green Valley Fire District.

Those look like some very shallow roots. No wonder it fell over.