Near Needles, CA, there is a new blue cactus mural in a VFW hall.

The U.S. Census Bureau used it as a training center for area workers earlier this year. The Audubon Society uses it as a temporary headquarters during bird counts at nearby Topock Marsh. 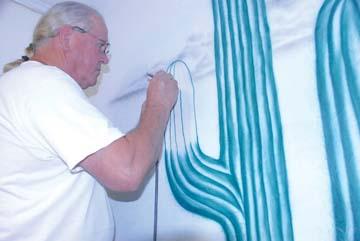 Soon, it will look like a new facility, thanks to some major facelifting.