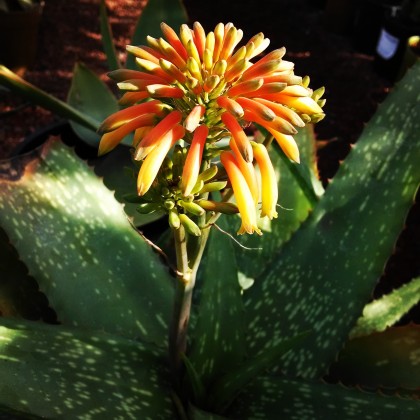 Aloe “Brown-Powys 21” is the well-named spotted stemless Aloe that looks like it could be a Aloe saponaria hybrid. But not likely.

There is some suggestion that this plant is the same as Aloe congdonii that was described in 1994 by Susan Carter or perhaps a form of Aloe kilifiensis or Aloe lateritia. Brian Kemble at the Ruth Bancroft Garden, from where we got this plant, tells us that he discussed these possibilities with John Lavranos, co-author of “Aloes:The Definitive Guide”, and Mr Lavronos suspects this plant to be a hybrid.