So we went ahead and ordered the Barack Obama Toys. We have a lot of toys from this company for terrarium ornaments because everyone loves to put little ornaments into their terrariums. 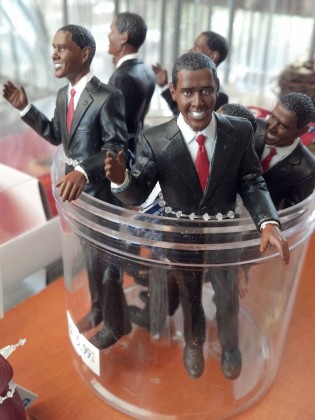 And now you can also decorate your terrarium with the President.

Or play with him all by yourself in your quiet and contemplative living room or with other friends in their home, since he’s portable.

Or I suppose some of you would put him on a shelf.

In case anyone was wondering why we never carried any Bush Presidential toys while bowing to the communist socialist fascist liberal pressure to carry Obama Presidential toys, it’s because we’re liberals. You know we live in Berkeley, right? BERKELEY for crying out loud. Anyone here who doesn’t like Obama is because he’s too conservative.