This is a pretty garden indeed. Mature! Probably been around a few years and tended carefully and often. 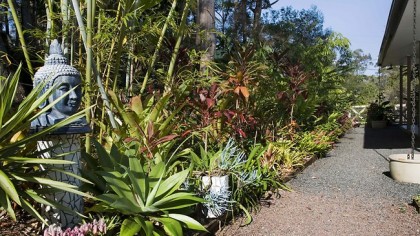 THERE are some excellent gardens in the Sunshine Coast hinterland, one of which belongs to Susan Lancaster and houses a series of installations that she has created, often out of found objects. Her collection of succulent species also fascinates, however; they provide a perfect foil for the architectural form of the works of art.

Influenced by South American designer Roberto Burle Marx, the 0.75ha garden has been designed as a series of winding paths that lead visitors past collections of bromeliads, cordylines, agaves, yuccas, strelitzias, tiger grass and bamboos. Blocks of plants are repeated throughout the garden to great effect.

Wonder where this “Sunshine Coast hinterland” they speak of is? Let me show you.

Wow! That garden is a regular oasis. 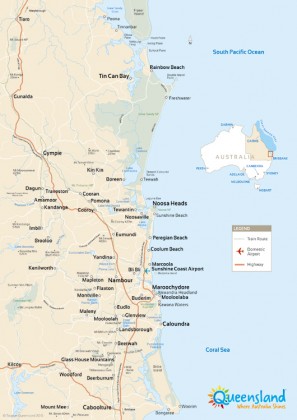