What makes this an antique? It’s old. 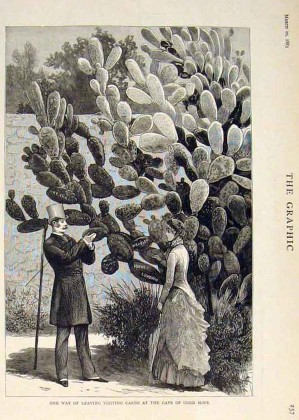 It’s from a newspaper or magazine, and it appears to be an editorial cartoon. There’s some words on the cactus pads indicating something that must have been important in 1883, but I can’t read it from this image. If someone goes ahead and buys the original print, please let us know what it says so we can understand the context. Of course, we probably won’t understand the context anyway, not being from the 19th century and all.